From CasperARC
Jump to navigation Jump to search 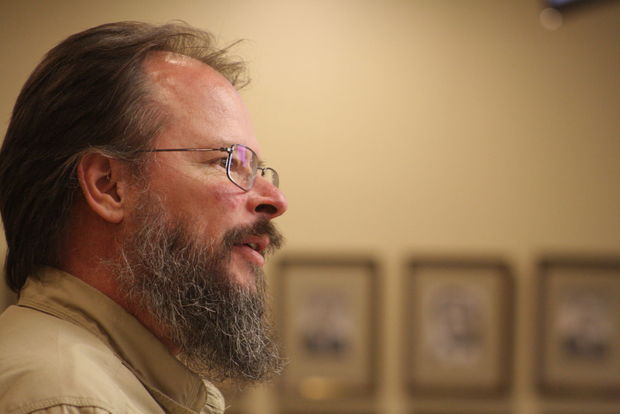 A geeky ham. The "Club Geek" (self appointed). Geek is an honorable title in my book. Sadly, one that - in time - may come to hold more prestige and significance than "Amateur Extra". We'll see - hope not.

I hold an Extra Class license with the callsign 'KA7O'. That was a bit of a pleasant surprise.

I was first licensed as a tech (no-code) back in November of '94. Of course I wanted to upgrade - progress in my new hobby. But I'm not known for 'going along with the crowd'. I was 'protesting' the antiquated 'entry requirements' by refusing to test. Yea, the CW thing. I've nothing against CW itself. Like many other technologies, it fits a need. But, insisting that entry into the 'upper levels' of the amateur community require proficiency in an antique mode while ignoring modern and pertinent technologies was not just frustrating, but I felt it contributed to the decline of Amateur Radio.

I spent so much time helping Extra class hams get their computers, networking, digital modes and what not working - the basics of modern technology - I quickly became disillusioned and frustrated. Just as many prospective hams who explore our hobby only to find it a quaint past-time. These Extras were the supposed 'leaders' of our technology hobby. They'd passed a CW test, yet couldn't format a hard drive and they were somehow 'higher classed'??? No way I could support that. I wasn't going to contribute to a self-perpetuating lie that I felt was at the core of the demise of Amateur Radio. The loss of technological leadership while 'laurel sitting' on out-dated traditions. Boy, did I show them.

Yea - poking at traditions isn't a good way to find acceptance. But it can be a good way to progress. Thankfully I'm not the only one sees this truth.

Finally, the FCC joined the rest of the civilized world and dropped the CW requirement. I studied for my General. Sat the exam and as expected, passed. Thankfully, the VEs at that session encouraged me to try the Extra exam while I was there. They were quite eager that I do it in fact! Good guys. I hadn't studied for it - felt totally un-prepared - but took it anyway. If for no other reason than to just have had the experience.

Imagine my surprise when I passed! I almost fell off the chair when they told me. Wow!! Almost two years later I'm still working out what, exactly, this all means for me. I hold out hope for the future of Amateur Radio - but there's a huge load of work to do just to keep our hobby alive and viable. Pioneering new technology and remaining socially relevant are only parts of this challenge. Educating the public - Public Relations - will also play a major role in our efforts. As such - I'm honoured to serve the Wyoming ARRL section as it's Public Information Coordinator. Yes - I'm still learning the ropes on that one too.

I still take pride in doing things differently. As one example, my HF rig doesn't have a microphone on it <g>. That may, or may not be a 'good thing' in the long run. It goes against tradition, isn't what many perceive to be 'ham radio', but at least I'm not 'one of the crowd'. Again, time will tell if that's simple arrogance or leadership.

My shack is "The Dungeon". It's a very small place in all of things. But, it's my place.

This site (and a couple others) run on a server in "The Dungeon".

Yea - I'm a wee bit enthusiastic about the co-mingling of PCs and RF gear. It's the future!

My own web site is currently going through a protracted and major transformation. You can find it at ka7o.net. The old site content is still there - just buried a bit at http://ka7o.net/old-site - when I convert it all to the new format, the old content will 'go away'. No rush - it's only been over 13 years in progress now.

I call myself a 'Penguin Farmer'. Tux - a penguin - is the official Linux mascot. I'm a Linux user and enthusiast. Mostly due to it's open source nature, free cost (usually), flexibility and amazing reconfigurability. FOSS (Free and Open Source Software) must stand up to intense and constant peer review. If you release a shoddy FOSS product - you'll hear about it - and so will everyone else. Your reputation stands or falls on what you submit. Personal pride and striving for excellence ensure that most (not all!) FOSS is of a very high quality. Better yet, if it isn't up to your standards - you have access to the source code, you can change it, improve it or just learn about it at your whim. Or write your own. The same tools that allow you to run 'big' products also allow you to produce your own. FOSS is yet another arena where the 'self policing' model shines, just as in ham radio.

Maybe it's also cuz - like many hams - I'm also a penny pinch'n skin flint and refuse to pay for something when I can get it for free. There are those that question the quality of FOSS. Intuitively that might be a valid question - but experience and the facts have proven most FOSS to be of higher quality, reliability and have better security than many proprietary solutions costing hundreds, if not thousands of dollars.

In fact, ham radio and FOSS have so many similar philosophies and goals - I'm shocked at the lack of FOSS take up in the ham community. The two seem a natural marriage to me. Techno hobby and techno excellence that only allows both to progress further together than either could alone. I encourage hams to use FOSS of their choosing. Those are my 'chicks' - I work to raise them to independence and free range operations.

I ride a Touring Motorcycle known as a 2002 BMW K-1200LT. No, it's not a Harley and yes, BMW makes motorcycles. Very good motorcycles (see my earlier comments about relevant and modern technologies for a clue to my views about motorcycles). I am looking for a name for my bike. She's my daily commuter and work transport when I'm not hauling lots of heavy stuff all over town or when the roads are slick. Then my transport is the Wee Beastie. An '06 Honda Ridgeline. You may see the Wee Beastie around town. If you do, feel free to wave or holler. I may see you!

In the mean time, I suggest you go try something New. Something different. Something you may have assumed you couldn't do. Learn something - get excited at your successes and learn from your problems. You may be pleasantly surprised as well. If nothing else, those around you will see you enjoying what you're doing and maybe get excited as well. That's the point, right? Have fun with it. Then others will want to have fun with you. If you're not having fun - you're doing it wrong.

Locally, you can catch me on any of the local repeaters or the VHF/UHF FM simplex call frequencies. If you don't find me there. If not, well, I'm up to something or other someplace. There is an email address below, just click on my callsign.